3 replies to this topic

Hello!
We Are Anonymous eXpandedCS Team and we are making different kind of game repacks and other releases. Now we want to present you the best Counter Strike 1.6 repacks of the year. Here you can download full multilingual installation package of CS 1.6 for free.

We have our own builds available for download at our website, but now we decided to make a special release for SETTI Community because SETTI was the best free CS-related resource for many years and we hope it will be even better in future. 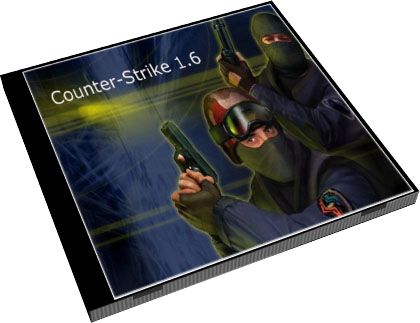 This is the true classic CS 1.6 made in 2009 with Half-Life multiplayer included.Only 233 Mb! Download it now using Torrent, direct link, or from Yandex.

This is the newest build of CS 1.6 from the year 2013 plus Half-Life multiplayer included. The only problem is microphone communication: it does not work since other codec is used and it does not work in any non-steam version. But, developers fixed a lot of bugs, this release is more stable in Windows 8, it can use multiple CPU cores so it's worth updating.Only 249 Mb! Download it from Torrent, Direct link, Yandex


Both game and setup program are translated. You may choose your language at the first step of the installation wizard. Language is installed correctly using VALVE's native options, not the stupid tricks with file rename.
As you know, CS 1.6 is portable. You should not delete it and install again at the new system - you may just copy the directory with your config and custom resources to the new location or flash memory.

P.S. Some ads. We could make a branded release for your website or game servers. Contact us at admin[dog]expandedcs.com.

Reply to this topic

Also tagged with one or more of these keywords: release, cs16, counter strike, download cs