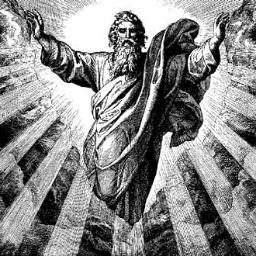 invictus u are my best friend here but sry man i dont agree with u on this
u had to know why ur admins right got taken not acting like this .

i respect mentiroso and he is the 2nd best headadmins next to headhunterz
iam not lickassing because
1_ i said my 6 logic reason why i respect him
2_ i dont need to lick his ass for any reason because i stopped playing css and switched to cs go and i will buy the game soon .

In fact before Mentiroso was only a limited admin he was a great guy, honestly. But then...when be became headadmin he is an asshole (sorrry, i wont lie....and i think im not alone who think that........)


lol, really? i would like to know why then

because i don't delete the topics you ask me? or because i don't ban the people you think should be banned?
i'm not the one banning regulars on a daily basis and not doing any reports on it, and, i was not the one to create a fake account to make posts about other people, and to use it to downvote them, like you did glory. I seriously don't even know why anyone would vote you as best admin 2012, in my view you are one of the worse, due to the fact you can't detect a cheater, you ban people and don't report, and you cry like a baby when people don't do what you want.
At least I always post with my nickname, and i don't really care when idiot cheaters or dumb power thirsty liar kids call me shit, but you, should really learn to respect the people who helped you getting the power you are now abusing.

They vote for Glory because shes a nice person and a good admin..

They vote for you because you are a head admin and they wanna lick your ass.

See the difference? They don't like you but your powers

btw G(L)UST:A(U)F:A... Gayroso is a nerd in real so he wants to be a cyber gangster in a forum how sad

Sorry, I write what i feel

My phone : Sony xperia st15i. Would rather having Neo v but anyways. I always prefer sony.

Nice skill..
but why this song ?

Haha sorry mOE hope this will not end our relationship

#77886 Shot when already behind the wall - ludicrous edition

Haha sorry mOE hope this will not end our relationship

U know what. I always thought u was using WH. But now i'm with you gustav. Being banned after a year i think is just...bah. Than ban all ( like uraganull. That guy still hack).


I agree this you can't ban someone a year later after hacking. And beside that hes clean now and a good player.